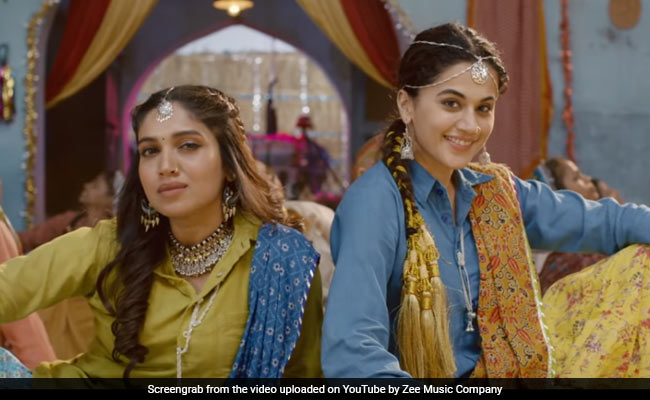 Taapsee and Bhumi in still from Womaniya (courtesy YouTube)

Taapsee Pannu and Bhumi Pednekar are a rocking duo in Saand Ki Aankh song Womaniya. Taapsee dropped the brand new song from Saand Ki Aankh‘s playlist on Twitter with these words: “The song that gave me goosebumps the first time I heard it!” while Bhumi Pednekar added: “Ab dekhegi yeh duniya.” The song begins with Taapsee and Bhumi, who play real-life ‘shooter daadis’ Prakashi and Chandro Tomar in Saand Ki Aankh, poking fun at society’s fixation with patriarchy, especially in village like Uttar Pradesh’s Johri. The song then shifts to Taapsee and Bhumi celebrating the spirit of womanhood and the power of “womaniya” in the song.

Taapsee and Bhumi, dressed in their ‘shooter dadi’ avatars, put on their dancing shoes as they take the village by storm with their song of celebration. Prakashi Tomar and Chandro Tomar won over 700 medals in their career as sharpshooters and are credited with having helped change the social scenario for women in Uttar Pradesh with their achievements.

Sung by Vishal Dadlani and Vishal Mishra, Womaniya is a foot-tapping number for sure. Watch the Saand Ki Aankh song here:

Meanwhile, Saand Ki Aankh has been criticised for casting Taapsee Pannu and Bhumi Pednekar – actresses in their 30s – to play characters, who are 60-plus. Defending her film in a lengthy statement on Twitter, Taapsee had said: “Do we ever want to embrace the positivity or just keep liking all the negativity and glorifying it to save our lack of risk-taking tendencies?” The real life ‘shooter dadis’ are now in their 80s.

I hope and can only hope this will answer the question once n for all coz honestly now it’s getting boring for us to repeat ourselves.
So all you lovely people here goes my RESPONSE –#SaandKiAankh 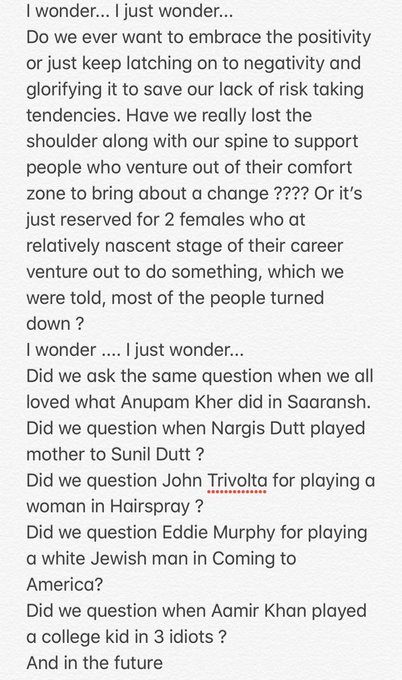 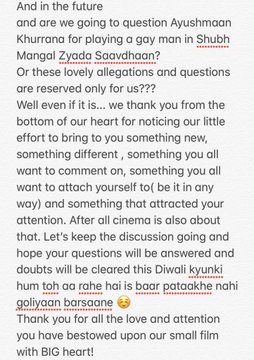 Directed by Tushar Hiranandani, Saand Ki Aankh has been produced by Anurag Kashyap and is all set to hit screens on October 25.