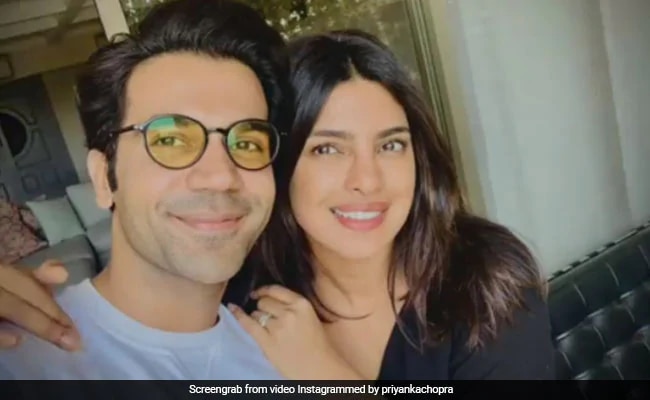 Rajkummar Rao, who was offered a role in the Karan Johar-produced film Dostana 2, in a recent interview with Mumbai Mirror, opened up about why he said no to the project. The 35-year-old actor told Mumbai Mirror that the shooting schedule of his next film, Netflix’s adaptation of The White Tiger, co-starring Priyanka Chopra will clash with Dostana 2. The film is based on Aravind Adiga’s Man Booker Prize-winning debut novel The White Tiger. “My next project, opposite Priyanka Chopra, will be shot at the same time. But Dostana 2 is a great script and Colin D’Cunha, the director, is my classmate from FTII,” Rajkummar Rao said.

The cast of Dostana 2 was announced by the film’s producer Karan Johar. The comedy film will feature Janhvi Kapoor and Kartik Aaryan along with a newcomer Lakshya. Karan Johar shared a teaser post and wrote, “The return of the franchise with unlimited madness. Kartik Aaryan, Janhvi Kapoor and a soon to be launched fresh face – making it the trio for Dostana 2… Watch out for the third suitable boy.”

Dostana 2 is the second installment of Dostana, which released in 2008. The film featured Abhishek Bachchan, John Abraham and Priyanka Chopra in lead roles. In the film, Abhishek and John pretend to be a gay couple to rent an apartment owned by Priyanka.

On the work front, Rajkummar Rao will next be seen in the Made In China, co-starring Mouni Roy. He also has Roohi Afza, opposite Janhvi Kapoor and Turram Khan, co-starring Nushrat Bharucha in the pipeline. The actor was last seen in Shelly Chopra Dhar’s Ek Ladki Ko Dekha Toh Aisa Laga, co-starring Sonam Kapoor, Anil Kapoor and Juhi Chawla